Been thinking about this for a bit and now might be as good a time as any to see if any of it is useful to anyone due to the increased need/activity for more efficient data transfers in bitswap I have been seeing around.

##History
A problem that IPFS had in the past was the extreme reliance of all content discovery being routed through DHT. Not only was DHT becoming slow (~1 sec response time/request) it was also becoming a burden on the entire cluster as each request for each block for each file needed to go through many machines and network hops to obtain answers. While DHT scales well the sheer number of requests being fed through the cluster was becoming problematic.

Bitswap sessions in it simplest form first asks all connected peers to send desired blocks if they have them and if after a short timeout no connected peers send the block then the system resorts to DHT to find a peer that can.

This first pass did successfully accomplish its main goal of having a faster content discovery method that no longer relies on DHT but has however come at a massive network efficiency cost through many duplicate blocks being received and high number additional packets being sent and received.

Inherently if you ask 900 peers to provide a block, you should not be surprised when more than one response is received, especially for popular content. A alternate method is required.

##Overview
At first thought my bet for a quick fix may be to simply add a round trip by spamming an availability check, then only send the block wantlist to only one of the respondents. Below I go into more detail about this strategy and a few others.

There is 2 main models for which to gather and use information for content discovery, Gossip and Prediction. (Active and Passive)

Full implementations for these strategies will likely involve having them utilize each other which has potential to have some neat systemic results like the previously mentioned HintFlood + Hotsheet + Hintlist combo along with the final module I would like to bring up. 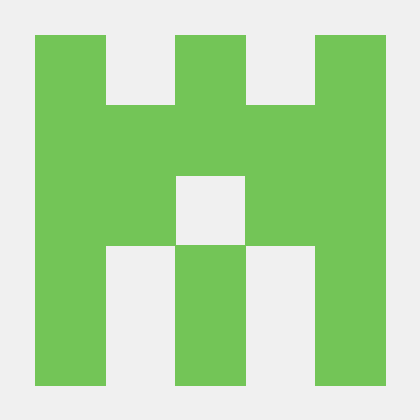 Issue: Predict peers most likely to have blocks

First of all, thanks for asking for external input.

So, as a complete outsider, let me give me a summary and some thoughts.

There needs to be a mechanism to know where what is to avoid having to ask the DHT for every single block. This mechanism should not use excessive bandwidth. The mechanism also does not need to be perfect. Having to go to the DHT for 0.1% of all blocks would not be a big problem.

Hashes are pretty large and impossible to compress. So any mechanism that requires sending around full hashes is probably less than optimal . The mechanism described above provides good compression for some use cases by just sending around the root of a large Merkle DAG. But what if you just know that you want QmABCD, but don’t know that it is a child of merkle dag QmROOT? Then the above won’t help at all.

What does a node to do quickly figure out if it itself has a block to avoid going to disk? Probably some sort of bloom filter, since storing the entire set of hashes would be too expensive. So what if you could somehow gossip the bloom filters to neighbouring nodes?

If you have an incomplete bloom filter, you would get false negatives. Neighbour X has block Y, but the bloom filter says false. No big deal, you just get it from somebody else or ask the DHT.

There will also be false positives with bloom filters. In that case you ask for a block, don’t get it, and then have to go to the DHT. This is a slightly bigger deal since you only learn about the failure after a request times out. You might starting to ask the DHT or somebody else if you don’t get an answer from another candidate peer in a short time.

I don’t have the exact numbers in my head, but bloom filter bitmap of 10 bits per entry is supposedly sufficient for a >1% false positive rate. So for a pretty big node containing 1e9 blocks, the bloom filter bitmap is roughly 1GB. But it contains mostly zero bits, so it should be easy to compress when gossiping. And also, if you have an incomplete bitmap nothing is really broken, you just get a higher false negative rate.

So what about this:

There might be a clever way to encode the bloom filter deltas as hashed ipfs objects themselves. E.g. an update to a bloom filter bitmap could be encoded as a sorted set of offsets of the 1 bits, and then or-ed on the bitmap. But that needs some more thought.

By the way: can we get some stats on a typical large dataset? E.g. how many gigabytes and how many nodes is the wikipedia dataset?

These are amazing for just this use case. Being able to represent 100,000 blocks, at a 1% false positive rate requiring only 117 KB, yes please.

Tool to play around with filter sizes and probabilities
https://hur.st/bloomfilter/?n=&p=0.01&m=1MB&k=

Some constraints like not being able to remove keys from the filter without rebuilding it, but for the most part can be dealt with.

What hashes that go into the filters that get passed around can be varied to match a senarios. (Full maps vs only popular vs new hashes since last filter etc)

Might be time for me to learn some go.

I think this can be generalised.

It is worth noting that while the set of hashes that a node has might be large, there won’t be that much change. If the gossip protocol can take advantage of that, it should be efficient.

Of course you still need local storage for the information about which peer has what, but with bloom filters and other probabilistic data structures you can easily trade between space and accuracy. E.g. make the bitmap smaller, get a higher false positive rate. If you are really storage constrained you just completely ignore the bloom filter gossip.